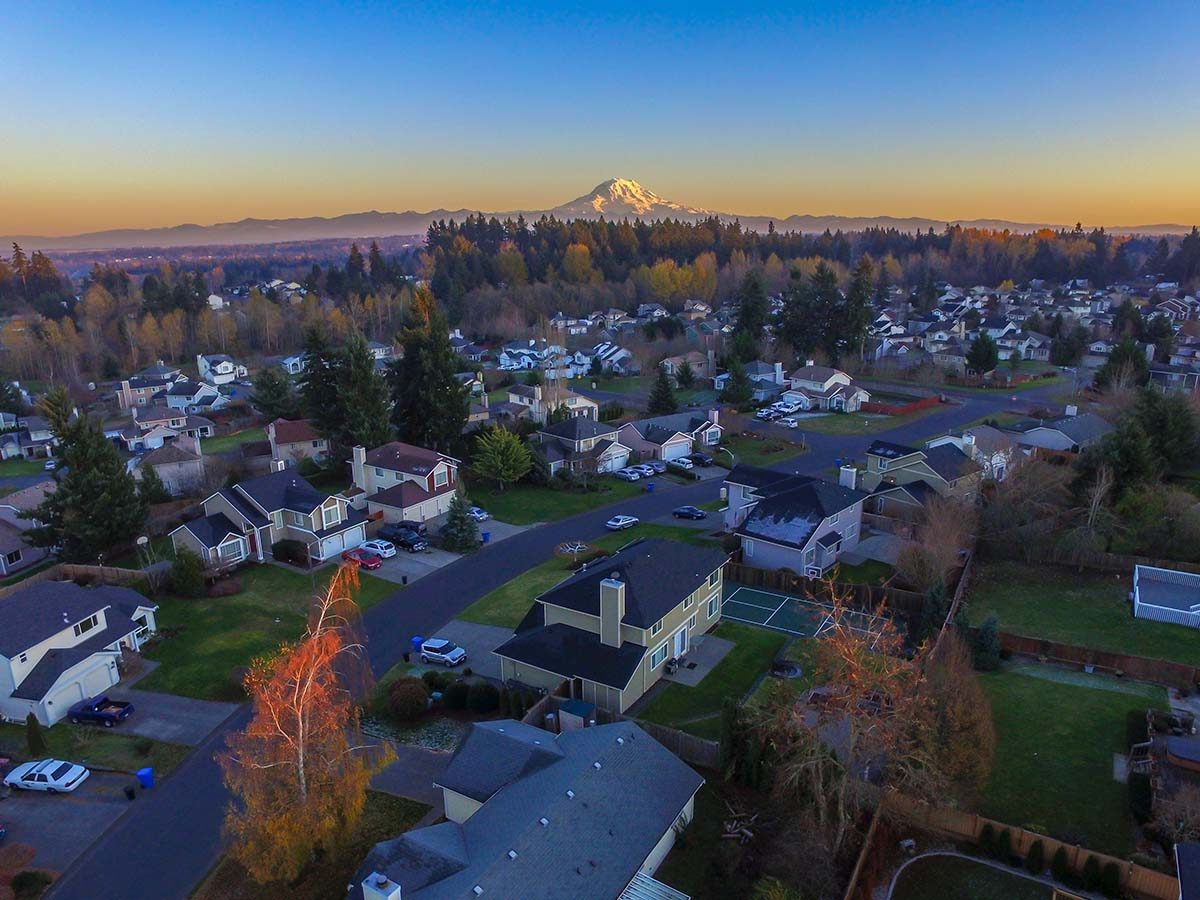 Sumner is a small town of around 10,000 to the southwest of Lake Tapps. Sumner was founded in 1853 as Stuck Junction and platted in 1883 by George H. Ryan, in anticipation of a stop on the Northern Pacific Railway. The town was named “Franklin” until 1891, when the Post Office Department requested that the name be changed to avoid confusion with similarly named towns. The name of abolitionist Senator Charles Sumner was chosen for the town after a lottery. It is home to several companies, including Dillanos Coffee Roasters, Pacific Northwest Baking Company, and Bellmont Cabinets. Sumner is served by the Sounder commuter rail train, connecting it directly with Seattle and Tacoma. It hosts an annual four part Daffodil Parade, which takes place every April in Tacoma, Puyallup, Sumner, and Orting. It is served by the Sumner/Bonney Lake School District, and boasts some of the state’s highest rated schools.